Deborah Moses, DPA, MPH has served in several lay leadership roles in the Jewish Community, as chair of Mount Zion Temple in St Paul Minnesota, Tzedek/social justice committee, as well as a board member and executive committee member. She also co-chaired National Council of Jewish Women Minnesota racial justice committee and has been an active volunteer with Jewish Community Action a Jewish social justice organization in the Twin Cities.
Her most recent professional position was as the Executive Director of the newly merged St Stephen’s Human Services and House of Charity, a program meeting the needs of the Twin Cities’ homeless and hungry community through housing, outreach, shelter, health including mental health and substance use disorder services and food services. Her experience includes 13 years working within Head Start programs. She also teaches as an adjunct professor in the areas of public health and public administration.  Deb holds a Doctorate in Public Administration from Hamline University and a Master’s in Public Health with a major in Health Services Administration from the University of Minnesota Twin Cities. She has relocated to Los Angeles to be closer to her three amazing adult children (and a daughter and son in law) and grandchildren Rumi and Enriqo the joys of her life along with a grandchild on the way. 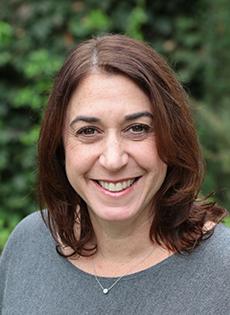 Sheri Vinnecour Reynolds has been working in the Jewish community since graduating from the University of Wisconsin, Madison in 1996. Her first professional experience was working for the Jewish Federation helping to coordinate the Valley Jewish Festival and Israel’s 50th Anniversary Festival at Pan Pacific Park.

Sheri went on to study at the Hebrew Union College, where she received her double masters in Jewish Education and Jewish Communal Service in 2001. Following graduation, Sheri began working at Kehillat Israel as their Director of Membership Engagement. She was responsible for all programming, fundraising, and membership at the congregation. After eight years, Sheri left her full-time position to be a stay-at-home mom, while continuing at KI as their part-time volunteer/new member coordinator.  Four years ago, Sheri returned to KI, full time, wearing various hats, included reinvigorating the Parenting Center, tutoring in their Religious School and overseeing aspects of the membership process. Most recently Sheri worked as Director of Member Engagement and Development, focusing on both membership and fundraising.

Sheri’s greatest joys are her two daughters, Emily and Samantha. She also loves the Wisconsin Badgers, traveling, cooking and hiking. 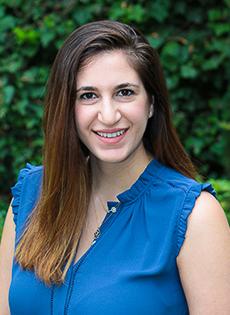 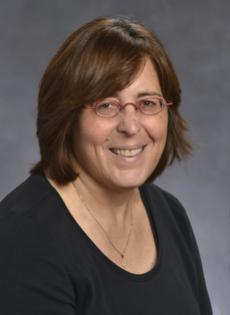 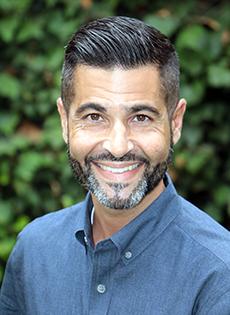 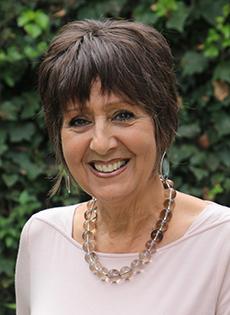 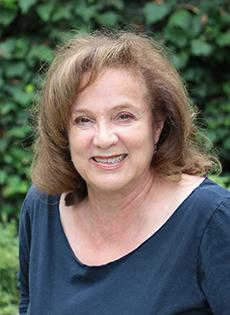 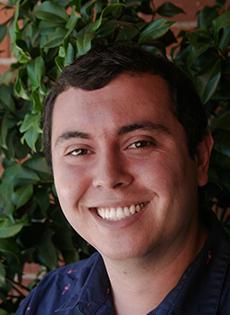 Administrative Assistant to Cantor Tifani Coyot and the Cantorial Department 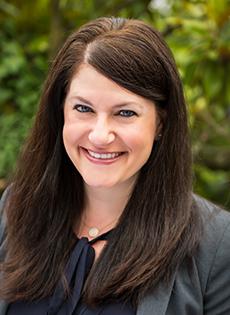 Rabbi Jaclyn Cohen is proud to serve Temple Isaiah as Associate Rabbi. Born and raised in West LA, Rabbi Cohen earned her BA in Religious Studies & Music from UC Davis and spent two years working in Bay Area Jewish community organizations before entering Hebrew Union College – Jewish Institute of Religion’s rabbinic program. Upon ordination from HUC-JIR in 2014, Rabbi Cohen moved to Seattle, Washington to serve on the clergy team of Temple De Hirsch Sinai. Her primary focus was "The Tribe," Temple's hub of Jewish life, learning and spirituality for those in their 20s and 30s, as well as "The Village," a programmatic initiative for Jewish families with young children.

Since 2018, Rabbi Cohen has served on Temple Isaiah’s clergy team with a focus on music and ritual. Her background is eclectic and representative of what it means to create a unique kind of 21st century-rabbinate. In addition to overseeing Temple Isaiah’s ritual department – including its choirs & musicians, holiday celebrations and lifecycles – Rabbi Cohen also teaches, counsels and works closely with our K12 and preschool communities. Outside the synagogue she is a writer and advocate for birth justice and maternal & mental health, having contributed written pieces to Kveller, Jewish Daily Forward, Hey Alma and The Chalkboard Mag, among others. Rabbi Cohen is also a certified yoga teacher, fusing her passion for the practice with a deep love of prayer. She and her family live in Culver City. 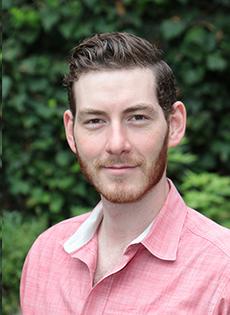 Danny song leads and teaches in the Temple Isaiah Preschool, Religious School, B'yachad program, and at Camp Isaiah. His involvement in Jewish music began as a junior in high school attending Kutz Camp and enrolling in the Song Leader track during the summer of 2005. From there, Danny went on to work at the URJ camp, Olan Sang Ruby Union Institute in Wisconsin as well as teach religious school during his college years in Rochester, NY where he attended undergrad at the University of Rochester.

His passion for Jewish music followed him to Los Angeles where Temple Isaiah gave him his first job out of college in 2012. After his third year teaching music in the Religious School, Danny was asked to work full time as the Song Leader at Isaiah.  Danny will continue to increase his involvement with Temple Isaiah by adding Bar/ Bat Mitzvah tutoring to his schedule in the 2016-2017 school year.

When Danny is not working at Isaiah, he spends his time playing and performing in his Jazz band around Los Angeles and enjoying the beautiful outdoors. 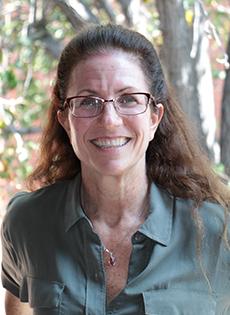 Dr. Tamar Andrews has been our Senior Director of Early Childhood Education and Engagement for over 15 years. In that time she has tripled our enrollment and our award-winning preschool is now a three-time NAEYC accredited program, an Outdoor Classroom Demonstration Site and a major hub for early childhood training across the state. She cherishes her preschool faculty, and can often be found in the kitchen whipping up a meal for them.

Tamar is also adjunct faculty at both Santa Monica College and UCLA as well as having created the MA Ed in Early Childhood at the American Jewish University. She conducts parenting seminars and is the synagogue’s in-house chef for many of our community events and monthly Shabbat. 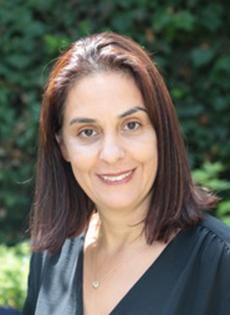 Avital has been part of Temple Isaiah for over twenty years beginning as a teacher and now as the Associate Director of Early Childhood Education and Engagement. In this role, Avital plans and implements every detail of our amazing preschool summer and holiday camps as well as all specialists. She is also very involved in our 4th Friday program, Family Camp, Second Night Seder and other synagogue and community events.

From a young age, Avital always knew that she would be a teacher and involved in education. She loves children and mentoring staff to become better educators. Avital holds a B.A. in Early Childhood Education and is a California State Mentor Director. As a mentor, Avital helps and guides other directors in the field of early childhood, as well as mentoring many of our own teachers in methods to improving their practices. She is a presenter at many early childhood conferences and a guest lecturer at UCLA Extension ECE courses.

Avital moved to Los Angeles from Israel in 1988 and lives with husband Aaron and her three daughters. Avital's family are all very much a part of the Temple Isaiah Community.

When she is not at Isaiah, you can find her at the gym or a good restaurant and enjoying a glass of Malbec. 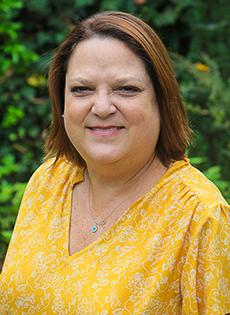 As the Associate Director of K-12 Education and Engagement Carla is responsible for all aspects of our K-12 religious school program and works closely with the rest of the religious school staff on many other programs.

Carla was born and raised in Mexico City and attended Jewish day school from preschool through high school. She studied for one year at The Hebrew University in Jerusalem and immigrated to the United States in 1987. Carla graduated from UCLA with a BA in history and earned her MAEd and a BA in Hebrew letters from the University of Judaism (now American Jewish University) here in Los Angeles.

She began working at Temple Isaiah in 1994, and she finds it as exciting now as it was when she began. She's committed to understanding the needs of our congregants regarding the Jewish education of their families and to be able to satisfy those needs in a fun, interactive and creative way.

Carla has been happily married for twenty-eight years to Philippe. When not at work, Carla enjoys taking Zumba lessons, going to the movies with her husband and spending time with her fantastic daughters Miriam, Robin, and Erica.
Jacky Linares
Office Manager
jacky@templeisaiah.com 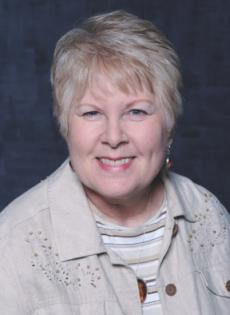 Ellen Goldberg Z"L was Temple Isaiah's Religious School Director for twenty-one years and the assistant director for five years before that. During that time, with the wonderful help of Assistant Director, Carla, and Administrative Assistant, Michelle, she proudly watched the school grow from 165 to 530 students.

Ellen worked with many interns from Hebrew Union College and the American Jewish University. Many of them now work all over the United States (and one in Australia) as Jewish Educators.

Ellen was involved at Temple Isaiah as a member of HaSharim (Temple choir) and several other committees. She also regularly attended Friday evening Shabbat services. 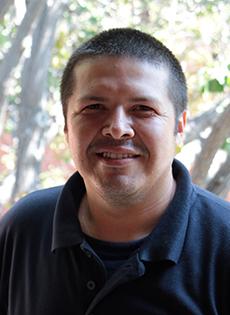 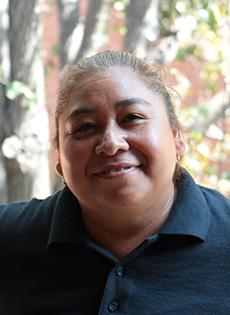