Rabbi Klein pursued the rabbinate out of a passion for ancient texts, mythology, liturgy and poetry. In addition to being Senior Rabbi at Temple Isaiah, Rabbi Klein has written for Harper’s Bazaar, Glamour, and Tikkun. She has written chapters in a number of collections including The Women’s Torah Commentary and Holy Ground: A Gathering of Voices on Caring for Creation. Her poetry and prayers are used in houses of worship around the country and she has appeared as a commentator on the History Channel in “Digging for the Truth.”

Drawing in the Dust

A RICHLY EVOCATIVE AND BOUNDLESS LOVE STORY THAT REVERBERATES FROM BIBLICAL TIMES TO THE MODERN WORLD.
Brilliant archaeologist Page Brookstone has toiled at Israel’s storied battlegrounds of Megiddo for twelve years, yet none of the ancient remnants she has unearthed deliver the life-altering message she craves. Which is why she risks her professional reputation when a young Arab couple begs her to excavate beneath their home. Ibrahim and Naima Barakat claim the spirits of two lovers overwhelm everyone who enters with love and desire. As Page digs, she makes a miraculous discovery—the bones of the deeply troubled prophet Jeremiah locked in an eternal embrace with a mysterious woman. Buried with the entwined skeletons is a collection of scrolls that challenge centuries-old interpretations of the prophet’s story and create a worldwide fervor.

Caught in a forbidden romance of her own, and under siege from religious zealots and relentless critics, Page endangers her life to share the lovers’ story with the world. But in doing so, she discovers she must let go of her own painful past. Called a “zesty debut” by Kirkus Reviews, Zoë Klein’s historically rich novel is a lyrical and unexpected journey as poignant and thought-provoking as the beloved bestsellers The Red Tent and People of the Book. Watch Video about Drawing in the Dust

“This is fiction, and fiction magically plotted and brought to life by the mastery of Klein with years of storytelling experience. It is never heavy handed. Instead we are lost in a labyrinth of underground tunnels and hidden artifacts and characters that tell us one of those incredibly readable stories that we don’t want to ever put down.” Read full review   —Erica Jamieson for Sax Facts

“Archaeology is the most dangerous of sciences, fundamentalism the most insidious of religious beliefs, and fiction the most seductive form of writing. Mix all three together and you have Drawing in the Dust, a marvelous novel that brings historical archaeology alive, and challenges the roots of all western religion. Archaeologists dig up dirt about people’s past—and often their findings change lives, religions, and the entire world. What? You don’t believe archaeology, fiction, and fundamentalism are dangerous? Open the first page of Drawing in the Dust. Zoë Klein will rock your foundations! This is what fiction should be about.”
—Kathleen O’Neal Gear and W. Michael Gear, New York Times Best Selling Authors of The Betrayal

“A commanding and illuminating read told by a phenomenal new voice with an obvious old soul…Zoë is an astonishing storyteller as she spellbinds you from the first page and keeps you there until the novel is finished…She will paint pictures in your mind of her scenes that will leave you breathless in their graphic depictions… She gives us amazingly diverse characters that will leave you in awe, some you will grow to love and some you will learn to despise…This is a definite must read.” (Full review, here.)
—Reading Frenzy.

“Insight into the world of biblical excavation in Israel raises Rabbi Klein’s debut novel from a Jewish Da Vinci Code to an emotionally rich story of personal and historical discovery…Rabbi Klein’s most vivid passages depict the meditative tedium of digging, the exultation of discovery and the intricate processes of authentication and preservation, while love stories past and present—and a balanced, compassionate view of both Israeli and Arab traditions—add to the book’s pleasures.”
—Publishers Weekly

“Occasionally a story comes along which is constantly thought-provoking, as it inspires you to deeply think about your own life and what you believe while the entertainment level remains high. Zoë Klein is a master of images and descriptions, as her vivid portrayal of settings and reactions of the characters pack each moment of DRAWING IN THE DUST with convincing realism…From the instant any of the characters are met in the present, their personalities seem exceedingly genuine and any actions they take seem humanly genuine. Even those individuals who are only known through their written words come across as particularly believable, and make the reader want to truly consider their story is more than fiction. Countless conflicts arise, some religious, others political and many of them only emotional, yet each one is described with enough background to let you know why those affected think as they do in this situation…DRAWING IN THE DUST is a profoundly moving story of emotional growth, as unforeseen discoveries are made and startling answers are exposed.”
—SingleTitles.com

“Drawing in the Dust challenges the ideas of relationships between academia and religion, of emotion and analysis, and of personal versus global achievement…Despite the contemporary grittiness of the setting, the elaborate tapestry of character interactions that demonstrates the intermingling of cultures in Israel, and the intricate details of the process and thrill of discovery within archeology, Klein’s novel has a softness and a sweetness to its depictions of lovers’ words and human emotion. An excellent book, Drawing in the Dust demonstrates many levels of achievement that will engage readers who enjoy various styles of writing.”
—Vicky Gilpin for FreshFiction.com

“A magically inventive archaeological expedition into love’s psyche. Rabbi Klein’s voice is enormously literate, politically sophisticated, spiritually captivating, and above all, unique.” —Lawrence Kushner, author of Kabbalah: A Love Story and Invisible Lines of Connection: Sacred Stories of the Ordinary

“By turns philosophical, suspenseful, and passionate, this brilliant debut novel—in the bestselling tradition of Anita Diamant’s ‘The Red Tent’—transports readers into a mystical world and takes them on a journey they won’t soon forget.”
—IndieBound

“Drawing in the Dust is brilliant!  It was hard not to stay up all night to finish it. How can someone just create such a story? It is amazing.”
—Marcia Walsh

Written in the high art style of prophetic witness, The Scroll of Anatiya reveals a new kind of biblical heroine who is fiercely passionate and sensual. In this first-person, honest, and vulnerable account of an orphaned, passion-driven disciple of Jeremiah—perhaps a prophetess in her own right—Anatiya reveals herself to be a rare window into an incredible world and a beautiful mind. Out of a century of war, wrath, starvation, and exile, Anatiya’s epic love poem unleashes a timeless theology of love. In this unique work, the contemporary imagination of Rabbi Zoë Klein meshes seamlessly with the world of Jeremiah in an unforgettable story of passion, poetry, and love.

Read an excerpt from The Scroll of Anatiya

“Painstakingly researched, melding seamlessly with the Biblical/historical record, this fictional work is also powerfully envisioned, written, and realized by a woman writer. Rabbi Zoë Klein has put on the skin and soul of a female prophet/scribe in the time of Jeremiah, bringing a fresh voice into the patriarchal story. How significantly this has enriched me! How much I want others to be as astonished as I was!”
—Luci Shaw, poet, author of The Crime of Living Cautiously and Accompanied by Angels

“With the scriptural erudition of the Rabbi she is, and considerable imaginative gifts, Zoë Klein has created in Anatiya a warm, believable companion to an elder Jeremiah whose quiet love reunites the aged prophet with the passion of love and faith that called him from youth to God and renders in their story a powerful tale of divine love incarnate.”
—Sam Portaro, Episcopal priest & author, Brightest & Best: A Companion to Lesser Feasts & Fasts, Crossing the Jordan, and Sheer Christianity

“Redolent in metaphor and spirit, aching with love both earthly and heavenly, The Scroll of Anatiya offers the reader the imagined journey of a young woman disciple of Jeremiah, a journey of a woman’s body and spirit. The text draws deeply from the Hebrew Scriptures, while also bringing to speech the voice of a young woman, whose writing ‘resonates off the walls.’ I recommend reading the text slowly, allowing yourself to savor the language and the imagery, indeed to savor the premise of the scroll.”
—Mary C. Earle, author of The Desert Mothers: Spiritual Practices from Women of the Wilderness and Days of Grace: Meditations and Practices for Living with Illness

Jack and His Amazing, Unexpected Encounter with Mr. Shabbat - A story about a man and his encounter with the Sabbath Bride
The Goblins of Knottingham - A story which explains the reason Challah is braided.
The Dream Tallit - A little tale about a boy’s magical journey with his father’s tallit.

The Radiant Window: A Mystical Journey - A second person story based on teachings from the Zohar.
A Collection of 'Hasidic' Stories - Each one of these stories was written for one of my students at the Hebrew Union College as a parting gift for learning together. 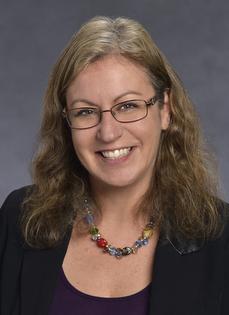