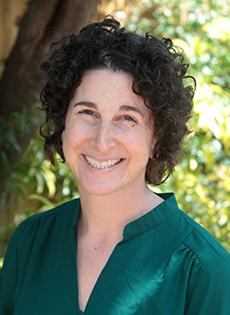 Dara Frimmer serves as the Senior Rabbi of Temple Isaiah since July 2018.

Her educational background is in Feminist Studies and Religious Studies. She received a BA from Stanford University in 1998 and a Masters in Theological Studies from Harvard Divinity School in 2001.

During her years in NYC, Dara completed her second unit of hospital chaplaincy, taught “Introduction to Judaism” at the 92nd Street Y, and led trips to Latin America with American Jewish World Service. As a rabbinic intern, she served two years at Congregation Kol Ami in White Plains, NY. In 2005 she was selected as the Marshall T. Meyer Rabbinic Fellow at Congregation B’nai Jeshurun where she taught, led services, and helped to grow Tze’irim, the 20's-30's group.

Since joining the Isaiah community in 2007 as Assistant Rabbi, Dara is engaged in every aspect of congregational and life cycle events, with a focus on social justice issues, Israel, and religious education. She is active with many local organizations committed to social justice including: American Jewish World Service, Bend the Arc, One LA-IAF and RAC-CA.

In her free time, Dara can be found shopping at the local farmer’s market or pretending to follow Wisconsin sports teams. 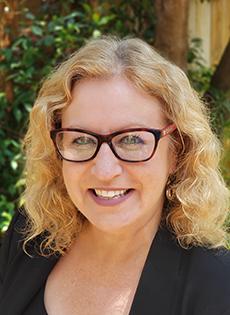 Rabbi Zoë Klein Miles has served this congregation since 2000. She graduated from Brandeis University with a B.A. in Psychology and received ordination from Hebrew Union College – Jewish Institute of Religion in 1998.

She is the author of multiple novels including, Drawing in the Dust and The Scroll of Anatiya, which were published by Simon and Schuster. Of Drawing in the Dust, Publishers Weekly wrote, “Insight into the world of biblical excavation in Israel raises Rabbi Klein's debut novel from a Jewish Da Vinci Code to an emotionally rich story of personal and historical discovery...Rabbi Klein's most vivid passages depict the meditative tedium of digging, the exultation of discovery and the intricate processes of authentication and preservation while love stories past and present—and a balanced, compassionate view of both Israeli and Arab traditions—add to the book's pleasures.” Drawing in the Dust has been published in five countries.

In addition to novels, Rabbi Klein has written articles for numerous publications including Harper’s Bazaar, Tikkun, and Torat Hayim. She has written chapters in a number of collections including The Women’s Torah Commentary, Teen Texts, and Holy Ground: A Gathering of Voices on Caring for Creation. Her poems and prayers are used in houses of prayer around the country.

Rabbi Klein gives numerous presentations and is a keynote speaker or panel participant at various assemblies all over the country. She is a resource for reporters in regional newspapers and has appeared as a commentator on the History Channel in “Digging for the Truth.”
RABBI KLEIN'S WRITINGS
RABBI KLEIN'S SERMONS 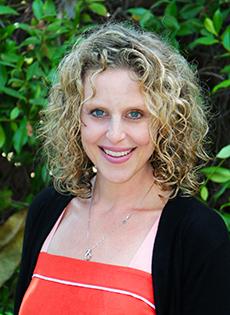 Cantor Tifani Coyot was born in Long Island New York and grew up in Pittsburgh, PA where she realized her dream of becoming a Cantor during her Bat Mitzvah service.
Cantor Coyot graduated Summa Cum Laude from Temple University with a B.A. in Jewish Studies and a minor in Vocal Performance. She spent her junior year abroad at the University College of London, studying in the largest Jewish Studies department in Europe. It was in London where she met her husband Loïc, who introduced her to the French language, culture, and Judaism. She is an avid supporter of the Jewish community in France and serves as an artist in residence and teacher at La Communauté Juive Libérale in Paris.
She received her ordination as Cantor at the Hebrew Union College-Jewish Institute of Religion with a Double Masters in Sacred Music and Jewish Education. Cantor Coyot is a strong believer in informal education which inspired her to become a Jewish professional. She has been active in Jewish camping and song-leading since high school. The theme of her Cantorate was joy and was centered around relationships and creating meaningful Jewish experiences. While studying at the Hebrew Union College, she served on Student Government and was the president of the School of Sacred Music.
As a member of the American Conference of Cantors, she served on the School of Sacred Music recruitment committee.
She is now a member of the URJ Joint Worship Committee and is an active leader in the Western Region Cantors Network, co-chairing the Regional Cantors Conference. She served as the cantor on the faculty at the Hebrew Union College campus in Los Angeles.
Cantor Coyot’s passion is in creating innovative worship experiences and has performed for communities around the world. She actively builds bridges using music and dialogue with many faith-based and non-profit organizations in Los Angeles. She has a love for revitalizing Jewish and secular music and in her spare time has composed Jewish music with her writing partner, Mary Ekler.
She loves living in California because of the amazing weather and gorgeous terrain. She leads Shabbat and Havdalah hikes, yoga, and meditation/chanting services, and Jewish wilderness programming. During her free time, she enjoys yoga, exploring nature, new restaurants, and traveling. You can find her hiking in Runyon Canyon, biking in Sherman Oaks, or rollerblading in Santa Monica. She is blessed to have a supportive husband, Loïc and a beautiful son Natanel.
Contact Info:
Cantor Tifani Coyot
CantorCoyot@TempleIsaiah.com

Rabbi Jaclyn Cohen is proud to serve as Cantorial Soloist on Temple Isaiah’s dynamic clergy team. Born and raised in West LA, Rabbi Cohen spent most of her childhood at Stephen Wise Temple. She earned a BA in Religious Studies & Music from UC Davis and spent two years working in various pockets of the Bay Area Jewish community before entering HUC-JIR’s rabbinic program.

Upon ordination from HUC-JIR’s Los Angeles campus in 2014, Rabbi Cohen moved to Seattle, Washington to serve Temple De Hirsch Sinai. Her primary work was with "The Tribe," Temple's hub of Jewish life, learning and spirituality for those in their 20s and 30s, as well as " Village," a programmatic initiative for young Jewish families. She served congregants of all ages through meaningful study, pastoral care and officiation of lifecycles. Additionally, Rabbi Cohen was a founding member of the Engager Network of Seattle's Jewish professional young adult connectors.

With over twenty years of experience in synagogue music, Rabbi Cohen's background is eclectic and representative of what it means to create a unique kind of rabbinate. Music has always been the lifeblood of her work. Since high school she has served as a cantorial soloist for a multitude of synagogues and Jewish organizations and since ordination has integrated music of all genres into her rabbinate. As the Cantorial Soloist at Temple Isaiah, Rabbi Cohen works closely with Cantor Coyot and Isaiah's talented, dedicated team of synagogue musicians and choirs.

Outside the synagogue, she is a volunteer speaker and advocate for Maternal Mental Health Now and is a member of The Wing, a social and community space for women. In 2018 Rabbi Cohen earned a 200-hour yoga teaching certification, fusing her passion for the practice with a deep love of prayer. Rabbi Cohen and her family live in Culver City. 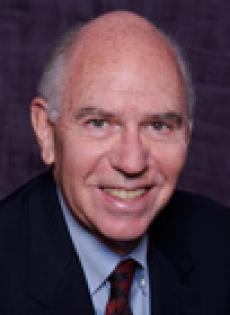 Rabbi Gan was born in Boston, Massachusetts. He received his B.A. from the University of Cincinnati and was ordained in 1967 at Hebrew Union College. He moved to Los Angeles with his wife Sheila and children Michael and Hilary in 1969, after serving as the Jewish Chaplain at Ft. Lewis in Washington and joined Temple Isaiah as its first Associate Rabbi.
In 1979, Rabbi Gan became the Temple's second senior rabbi succeeding Rabbi Albert Lewis. For thirty-eight years, he had the wonderful opportunity of teaching, leading and being part of the lives of several generations of Temple Isaiah families. Involved in the larger community as well, Rabbi Gan held the presidencies of the Southern California Board of Rabbis, the Pacific Association of Reform Rabbis, ARZA/World Union, and the Inter-Religious Council of Southern California.
Over the years, it has always been his great joy to be immersed in a giving and caring congregation committed to social justice, the acquisition of knowledge and deeds of loving kindness. In 1992, he was awarded an honorary Doctor of Divinity from HUC.
Contact info:
Rabbi Emeritus, Robert T. Gan
rtg11@sbcglobal.net 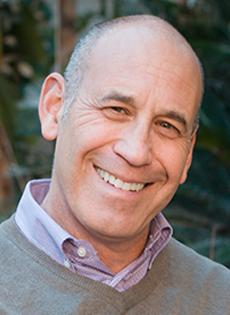 Cantor Kent, a 1988 graduate of the Hebrew Union College School of Sacred Music, has served Temple Isaiah since his graduation. Before attending HUC-JIR, Evan received his Bachelor’s Degree from the Manhattan School of Music and a Master’s Degree in Public Administration from the City University of New York. He is currently pursuing a Doctoral degree in music education research.
Cantor Kent enjoys sharing the vast palette of Jewish music and culture with our congregation. Through his vision of the Jewish arts, he has attempted to embody Rav Kook's statement, "Let the old become new and let the new become holy."
Evan has concertized extensively throughout the United States, Canada, and Israel. He has appeared as a soloist in opera and oratorio in such works as Handel’s Israel in Egypt, Messiah, Haydn’s Creation and Stravinsky’s Cantata. He has sung as a tenor soloist with the Los Angeles Jewish Symphony on numerous occasions and was proud to appear in the North American premiere of Shostakovich’s “From Yiddish Folk Poetry” with the orchestra. Also, he has appeared as soloist with the Los Angeles Zimriyah Chorale, the Kol Echad Chorale and Orchestra and the Novakowsky Chorale and the Los Angeles Music Center Opera.
His one-person show “Love Affair: A Jewish Musical Journey” has been seen throughout the United States at synagogues and conventions and workshops.
Evan has been involved in inter-cultural affairs through the production of choral festivals, multi-cultural workshops, and clinics. He is currently on the faculty of Hebrew Union College and is the cantor for the school’s synagogue. Also, Evan is on the editorial board of the CCAR Press.
Evan is an avid runner and bicyclist having competed in ten marathons, more than a dozen half-marathons and numerous cycling fundraisers. He has participated in the California AIDS Ride and the Israeli Ride4Reform- a 5-day mountain biking excursion that traverses Israel.
Cantor Kent is married to Rabbi Donald Goor, his life-partner of more than twenty years and made aliyah in 2013.