Twenty-six congregants from Temple Isaiah's LifeQuest group and Rabbi Zoë Klein traveled through the Kingdom of Morocco, experiencing a kaleidoscopic culture and learning some history. 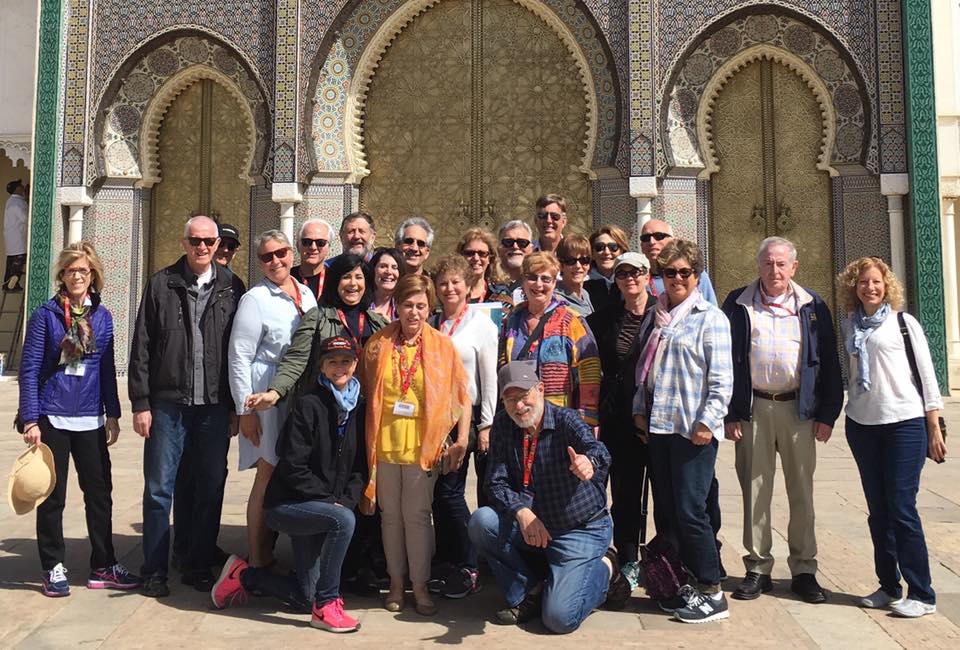 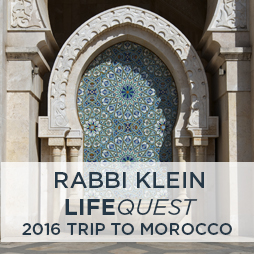 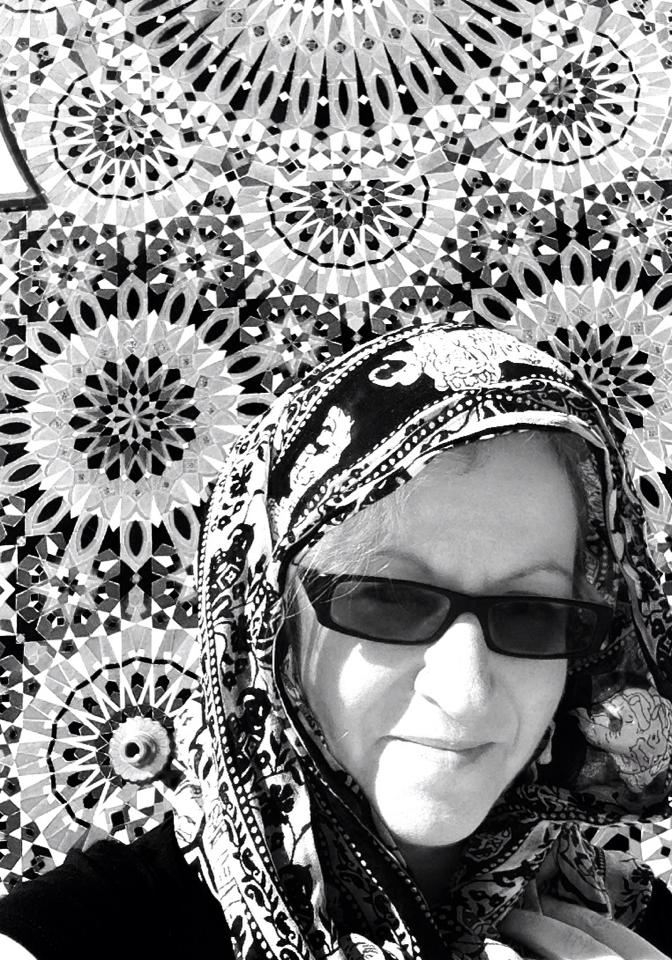 
The last full day of our journey through Morocco, we were seated in Beth El Synagogue in Casablanca at 4 pm on a Friday preparing for a Shabbat service. I was standing before the embroidered ark curtains, when the air was suddenly filled with the Arabic chanting of meuzzins (Muslim hazzanim, or cantors).

I said, “Barchu is our call to prayer. We will have a moment of silence during the Muslim call to prayer, and then we will rise for the Barchu.”
As soon as the deep intonations stopped resonating from the minarets, we rose and began our service. Our voices, the two languages, Hebrew and Arabic, our faiths, at the moment, seemed to blend seamlessly, and at once we felt our own spirits embroidered into the beautiful, rich tapestry of Jews, Muslims and Berbers who defined Moroccan culture.

Later that evening, after our dinner at Rick’s Café, I walked past a man wearing a cream colored jelaba (hooded kaftan/robe) who was pushing a cart full of roses. “Jameel jadeen,” I said, “Very pretty.” One of the Arabic phrases I had picked up living in Israel for two years. He smiled from ear to ear and pulled out an orange rose. 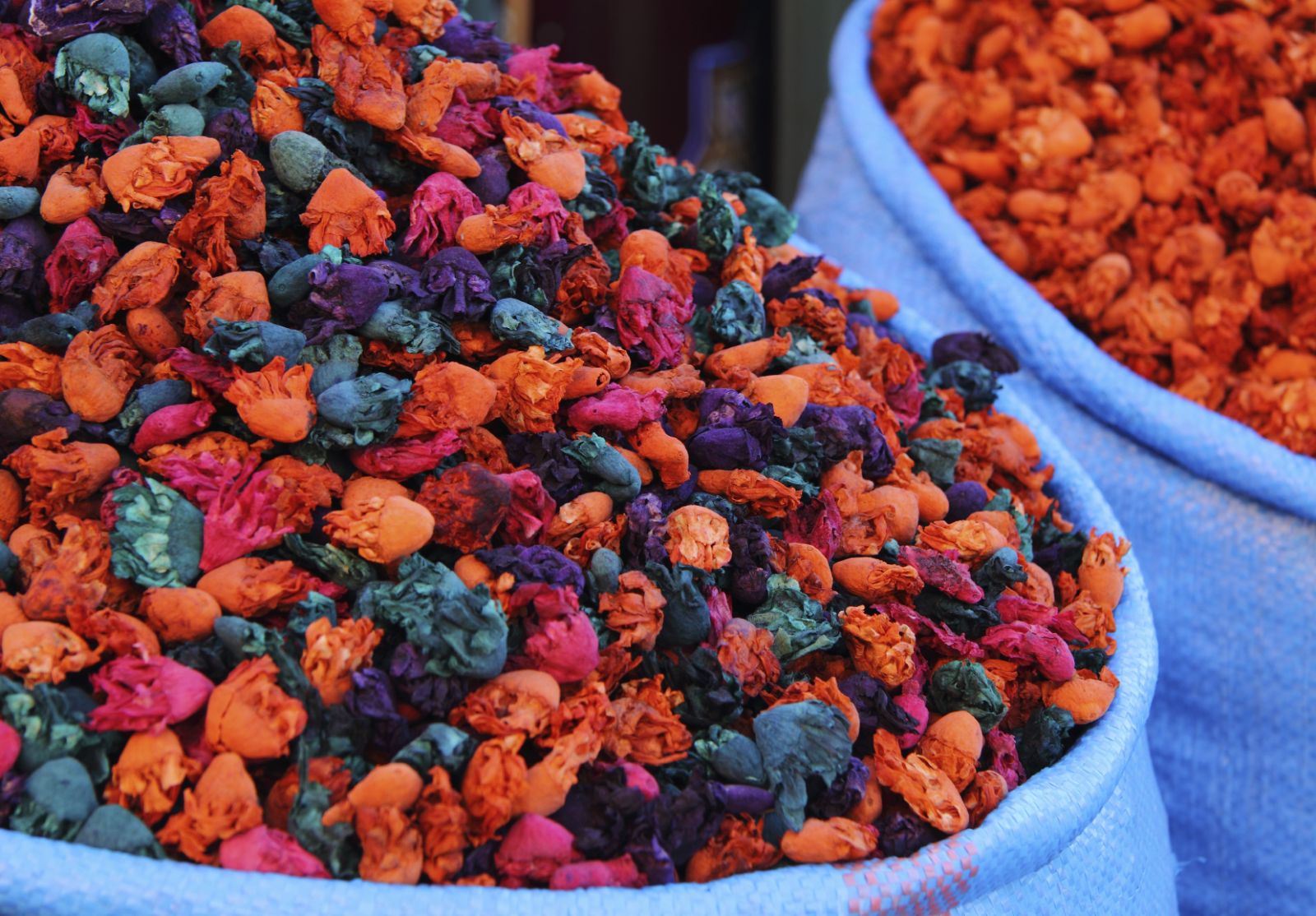 “Moroccan roses,” he said proudly, handing it to me. Our tour guide Ibrahim had told us that Moroccans like to talk about the time Hillary Clinton ordered roses from Morocco for her daughter Chelsea’s wedding, saying, “A nice Christian girl marrying a nice Jewish boy under a canopy of Muslim roses!” For Moroccans, it was a symbol of tolerance, honor and respect. 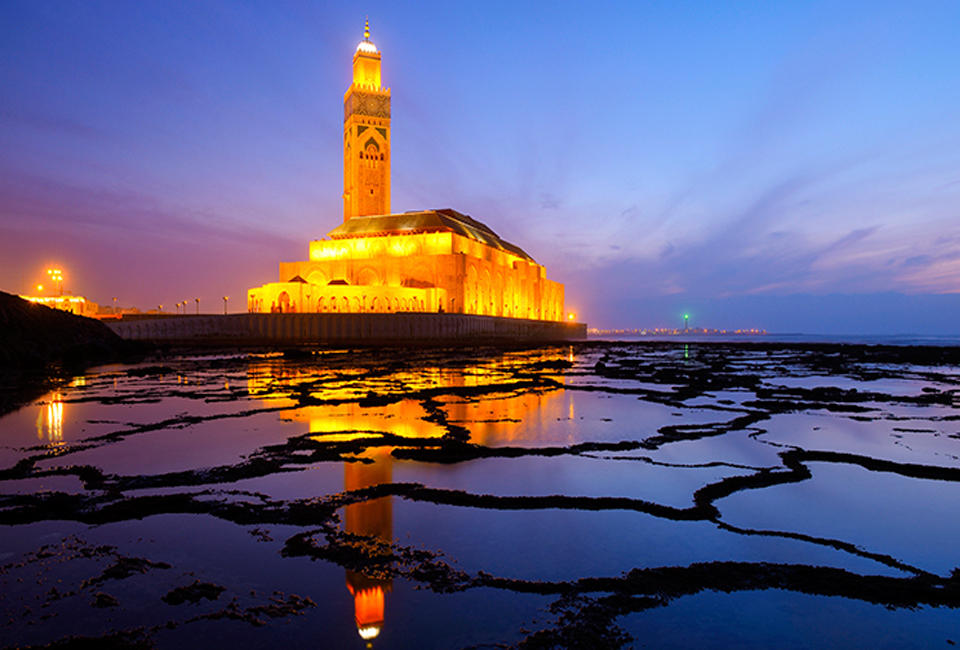 Day 1 - We visited the city of Casablanca, made famous in the 1942 film which starred Humphrey Bogart and Ingrid Bergman. 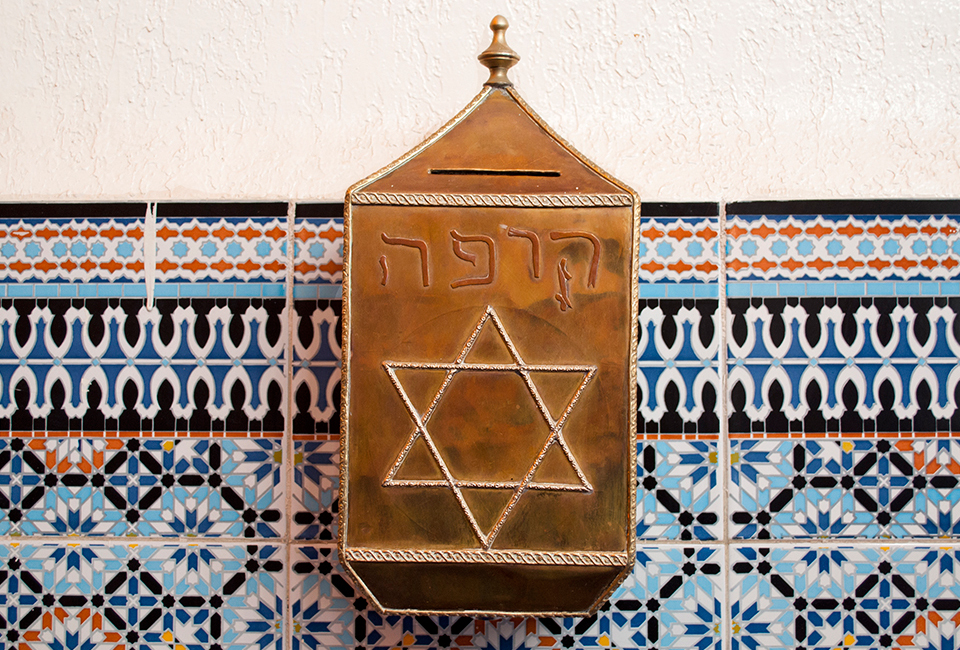 Day 2 - Temple Isaiah has Hanukkah in Santa Monica, and tonight we are celebrating Shabbat In Rabat! Rabat is Morocco's capital city. 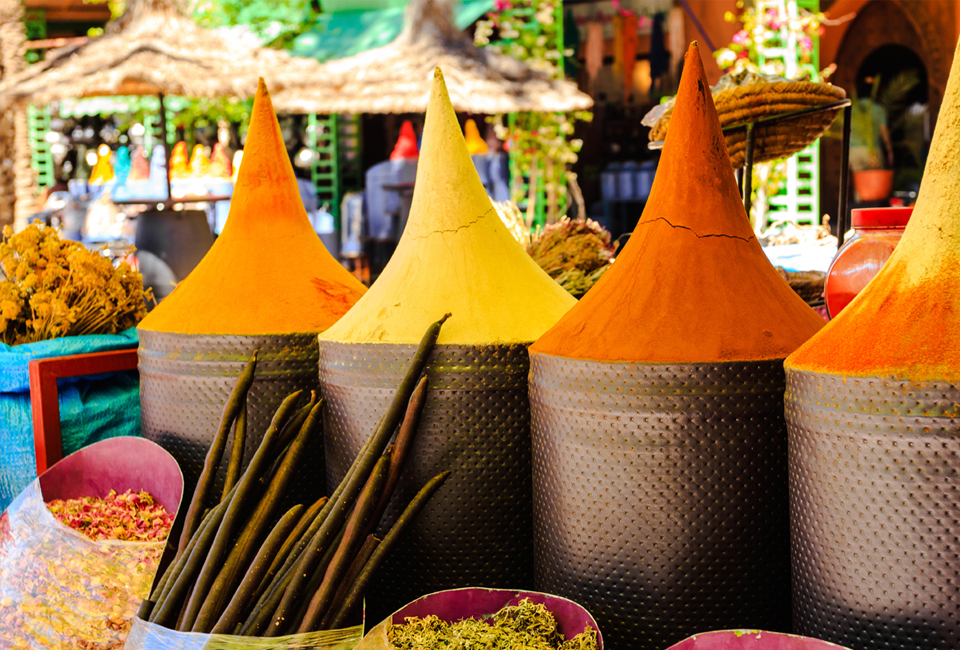 Day 3 - Fez (the second largest city in Morocco) and Jewish Fez. Winding through the labyrinthine markets of Fez, seeing mounds of spices, dizzying patterned tiles, stalls piled with herbs, sweets, eel, camel head, fabric, palanquins, metalware, jewelry, sesame bread, olives, so many people with carts and bright scarves and the blending of Arabic and French...We met weavers of agave silks, visited the tannery, mosques and museums. And ended the day with a luxurious Mediterranean six-course meal that started and ended with desserts. 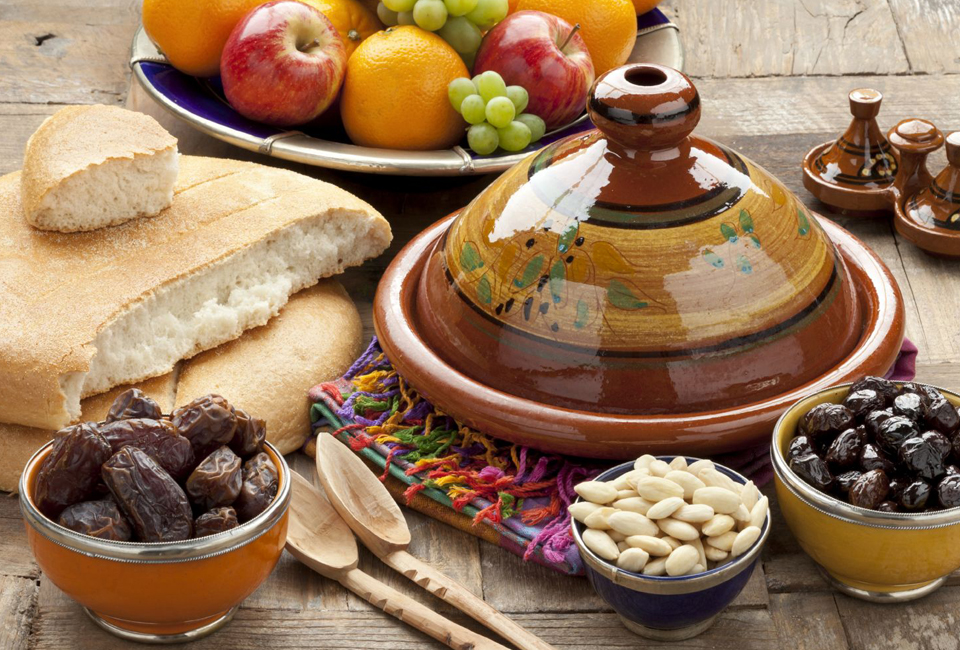 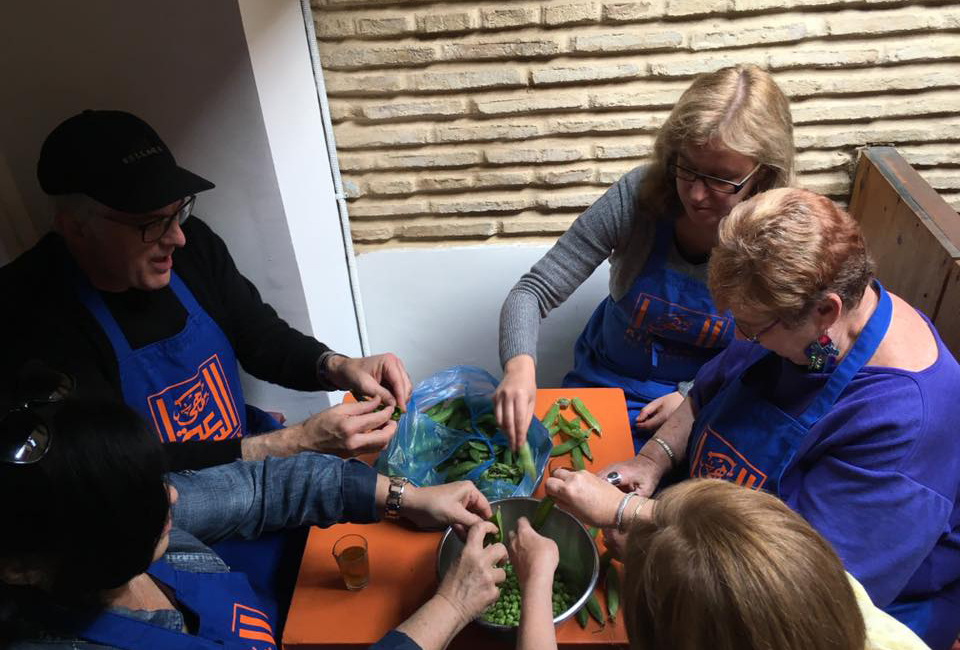 Other cities on our itinerary include, the Ancient ruins including the Roman City of Volubilis, Moroccan Valleys, Atlas Mountains, and flatlands. Our last stop before returning home is a visit to Marrakesh (one of the busiest cities in Africa serving as an important economic center and tourist destination) and Jewish Marrakesh.

We had a beautiful Shabbat service in this temple in Casablanca. Very memorable. 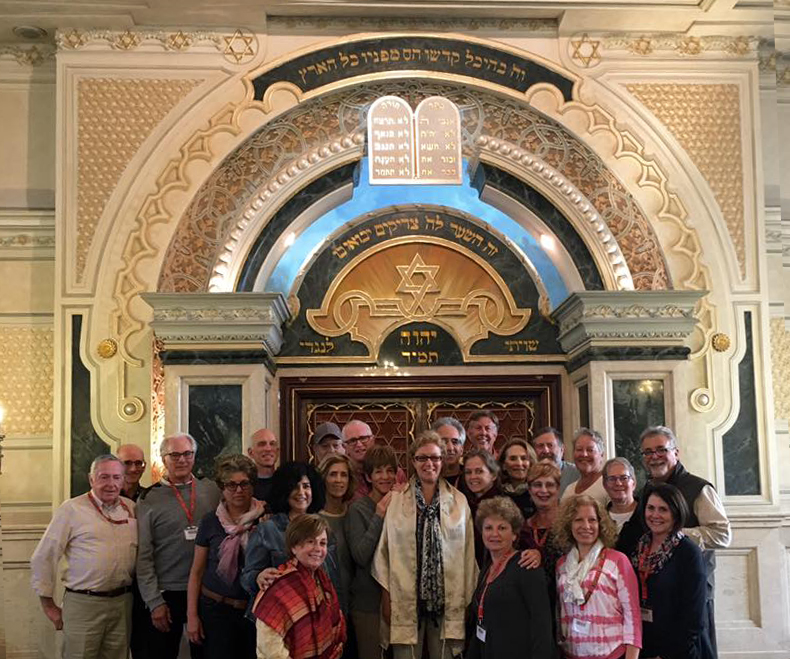 During our travels the group has discovered that the Kingdom of Morocco has an interesting Jewish history. Jews have lived in Morocco since antiquity. In fact, Morocco had the largest Jewish community in the Muslim world before the founding of Israel. Today, only a small group of Jews are left living in the city.

Morocco provides a powerful model for the Arab world of a non-violent, non-extremist monarchy. The Moroccan government has long supported the efforts for peace in the Middle East, and Shimon Peres was invited for talks with their King in the 80s, only the second time an Arab leader to have open talks with an Israeli leader.  Morocco has a strong commercial relationship with Israel, and the influence of Moroccan culture on Israel is profound.

To Get us in the mood and on our way to this fabulous trip we rewrote some of the words to the great 70s hit Midnight at the Oasis by Maria Muldaur:

Midnight at the Oasis / Isaiah in Morocco

Heaven’s holdin’ a half-moon
â¨Shinin’ just for us.â¨
Let’s slip off to a sand dune,
real soonâ¨
And kick up a little dust!â¨â¨

Come on, â« (salaam alaykum)
Peace be upon us.
Come onâ« (shalom aleichem) ,
Peace for everyone.

Come on, â« (salaam alaykum)
Peace be upon us.
Come onâ« (shalom aleichem) ,